My current project at work is to architect a solution to capturing network packet data sent over UDP, aggregate it, analyze it and report it back up to our end users. At least, that’s the vision. It’s a big undertaking and there are several avenues of approach that we can take. To that end, I’ve started prototyping to create a test harness to see the write performance/read performance of various software at different levels in our software stack.

Our criteria are as follows (taken from a slide I created):

Based on these four requirements pillars, I’ve narrowed down the platform choices to the following:

For our data, we are considering several NoSQL databases. Our data integrity is not that important, because our data is not make-or-break for a company. However, it is essential to be highly performant, with upwards of 10-100k, fixed-format data writes per second but much fewer reads. 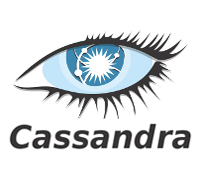 For our REST Layer/Front-end, I’ve built apps in JQuery, Angular, PHP, JSP and hands-down my favorite is Angular. So that seems like the obvious choice here.

Finally, for the REST API, I’ve also pretty much decided on express (if we go with node.js):

These are my thoughts so far. In the following posts, I’ll begin describing how I ended up prototyping our real time analytics engine, creating a test harness, and providing modularity so that we can make design decisions without too much downtime.